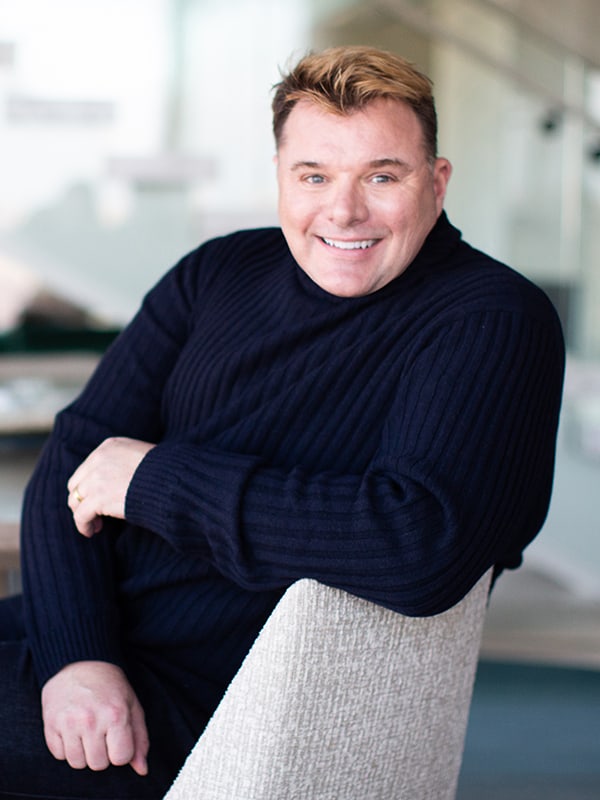 David Brown brings a distinctive sense of luxury and finesse to JE+TM as Business Development Director. There’s nothing David loves more than connecting with new people, and he owns outreach initiatives for the team.

Of course, that’s not all. In addition to crafting exciting client relationships and delighting both new and old friends of JE+TM at every turn, David writes for the Home Trends feature in the award-winning John Eric Home magazine.

In short, David knows luxury, and David gets people. He optimized client experiences and retention as a regional training manager with Moet Henessey Louis Vuitton, and led teams at Valentino, Tiffany & Co., Saks Fifth Avenue, and Neiman Marcus, where building relationships quickly became a significant part of his DNA.

After over twenty years in luxury retail, David now brings the WOW moments to JE+TM. Expect concierge-style service, eclectic creativity, honest transparency, and boundless patience from your work with him.

David holds a Bachelor of Science in Fashion Merchandising/Business from West Virginia Wesleyan College and a real estate license in the state of Hawaii.