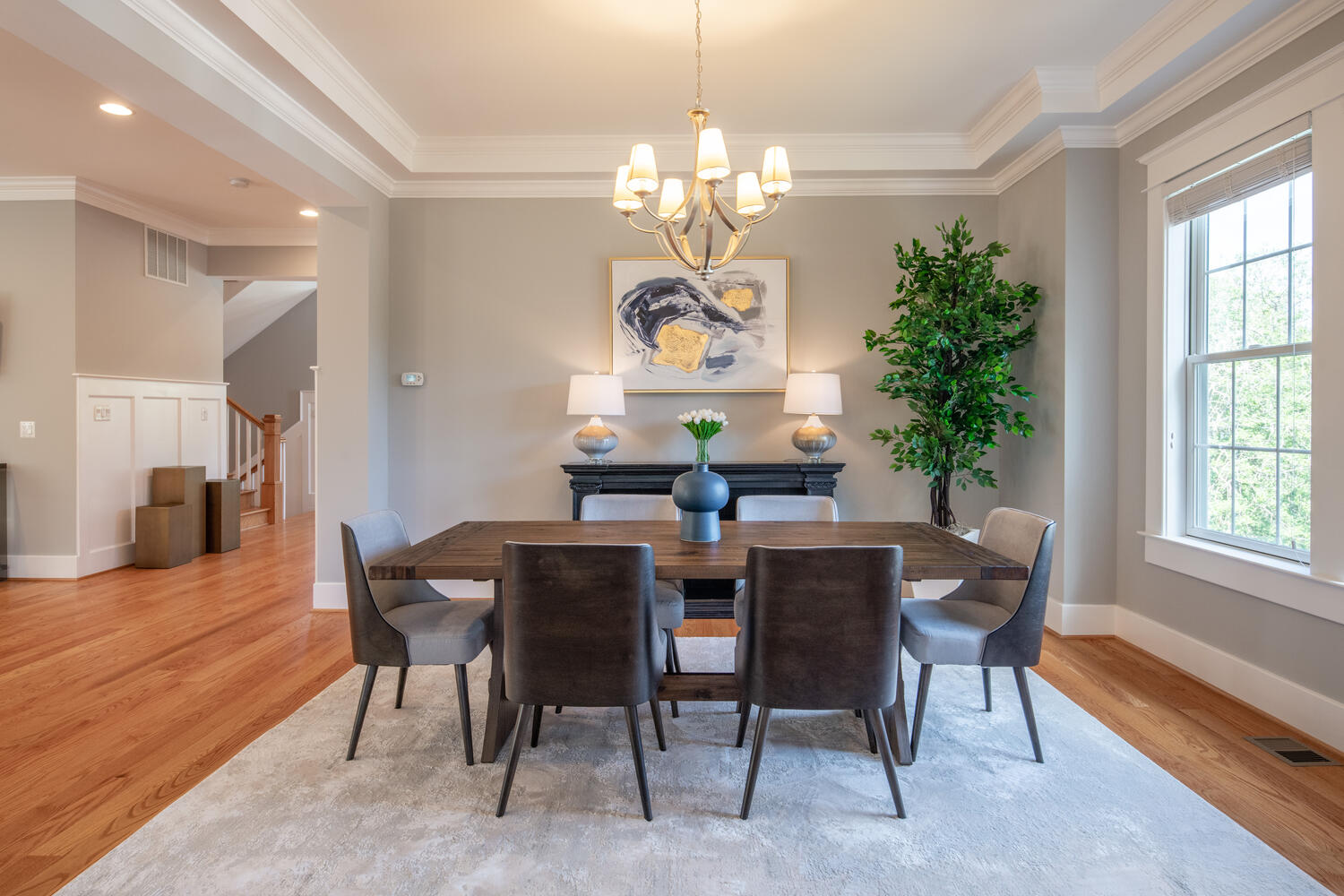 A home in Arlington, Virginia, was on the market in the highly sought-after Crescent Hills neighborhood. After being on the market, the listing was removed after failing to attract an offer — even with a price drop. This 7226-square-foot home was relisted with John Eric + Trevor Moore Team and under contract quickly and closed within three months. We worked with one of our favorite vendors, H&T Carpentry.

Challenges With the Original Listing

Even though the home had excellent finishes and fixtures, it had some quirks that kept it from appealing to buyers. With the original listing, it had received very few showings with no offers made. The question for the homeowners came down to, “Was it the listing price or the property’s condition?” The sellers were motivated but didn’t know what direction to take. They had received very little input from the previous listing agent.

John Eric started working with the homeowner in June 2021. When John saw the home, he noted that it was an impressive property but too personal to the owners’ tastes to show well. The homeowners still lived in the home with their two dogs. The furniture was specific to their style, while the backyard catered to dogs in a family-friendly neighborhood. For instance, the backyard featured high-quality artificial grass. While environmentally friendly and durable for pets, buyers looked at it as a turnoff because they were often more interested in natural grass and space for the kids to play.

The brown-on-brown exterior also held the home back, which made it feel dated. Some of the beautiful details got lost in the color scheme. Inside was just as challenging even though there wasn’t anything major wrong with the home. The sellers had lived in this house for seven years, and the furnishings were very specific to their personalities. The design was distracting for buyers who had difficulty picturing themselves in the home. Multiple colors of paint in the open floor plan meant that buyers would have a lot of walls to cover.

The main challenge of this property was that the sellers were unsure of where to start, how much they could budget, and how it would affect their bottom line. They needed a plan and direction with a neutral opinion on the right steps to take. John’s team rose to the challenge and found the right answer.

The Process of Getting the Home Ready to Sell

John’s team met with vendors and got quotes for updates to the home. They also provided the white glove service that is standard with every client. This service allows homeowners to continue their normal schedule while John and Trevor manage vendors.

This service includes repairs and updates to maximize profits while recommending and screening vendors. They take care of planning the timeline for more than one vendor to come in and work. The team is also the point of contact for the vendors, which meant phone calls and messages didn’t inundate the homeowners.

John scheduled a meeting with the sellers to go over a list of recommended changes and updates. They reviewed the list and decided which items were the best ways to use the funds they had allocated to the sale. John gave them the pros and cons for each item and allowed them to make their selections of the recommendations.

The sellers preferred to be hands-off with the project, which allowed John to take care of all the details. His goal was to make the process quick and seamless.

The upgrades that the sellers chose:

Once all the work was done, a professional photographer took photos and created new floor plans. This replaced the original photos from the first listing, which the seller took with their cell phone.

The home was relisted on September 9, 2021, with an offer coming in just six days later for the full listing price at $2,149,000. The sale was closed on October 20, 2021. This property wasn’t able to get an offer earlier in the year, yet once the seller partnered with John and Trevor, it sold in less than one-third of the time for an average home in that neighborhood.

The sellers said of John and Trevor, “True professionals with a keen understanding of the market and attention to detail that you just don’t find with other real estate teams…Communicate the things you’re not willing to compromise (and they will listen), otherwise, get out of their way and let them do their job…you’ll be glad you did!”